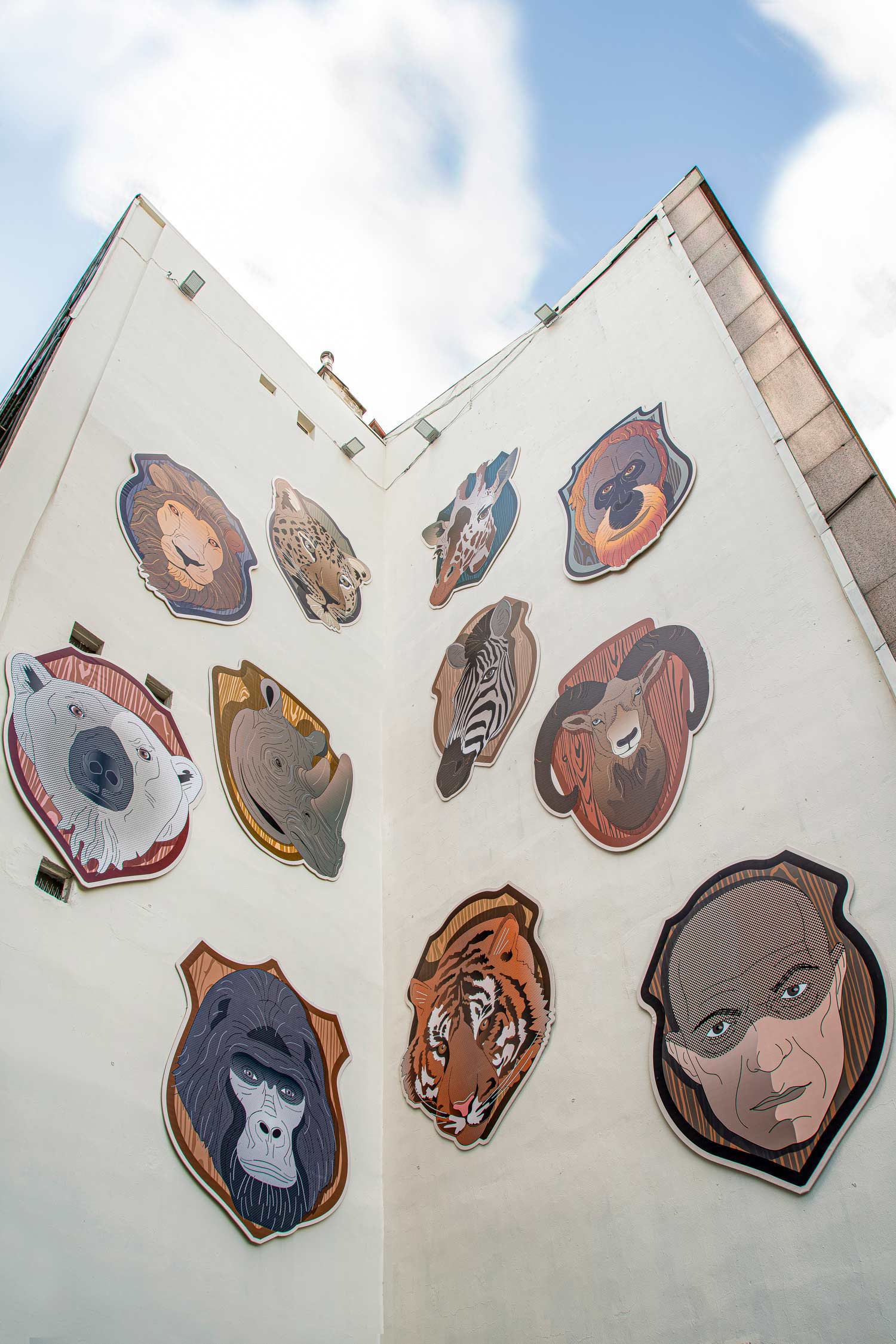 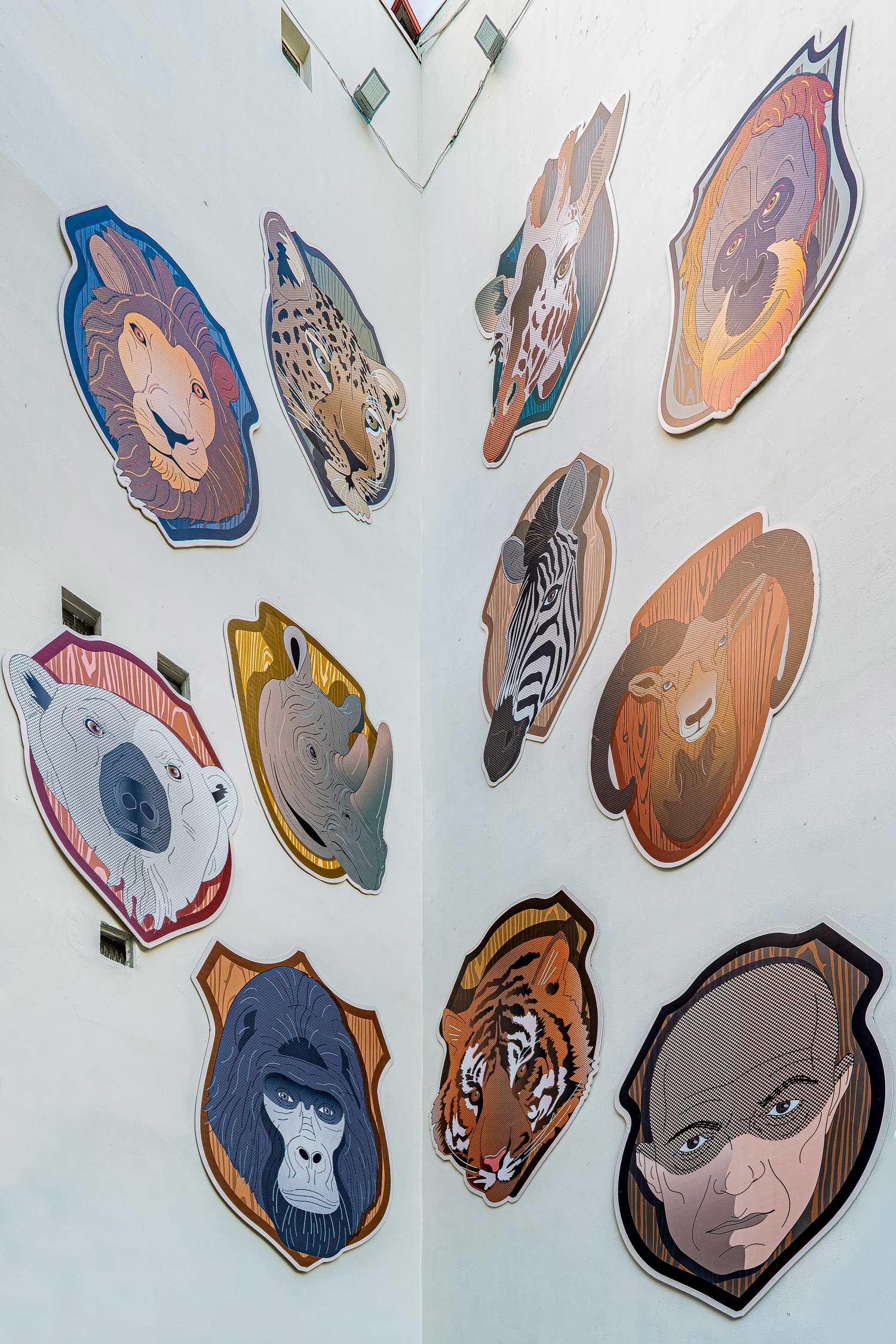 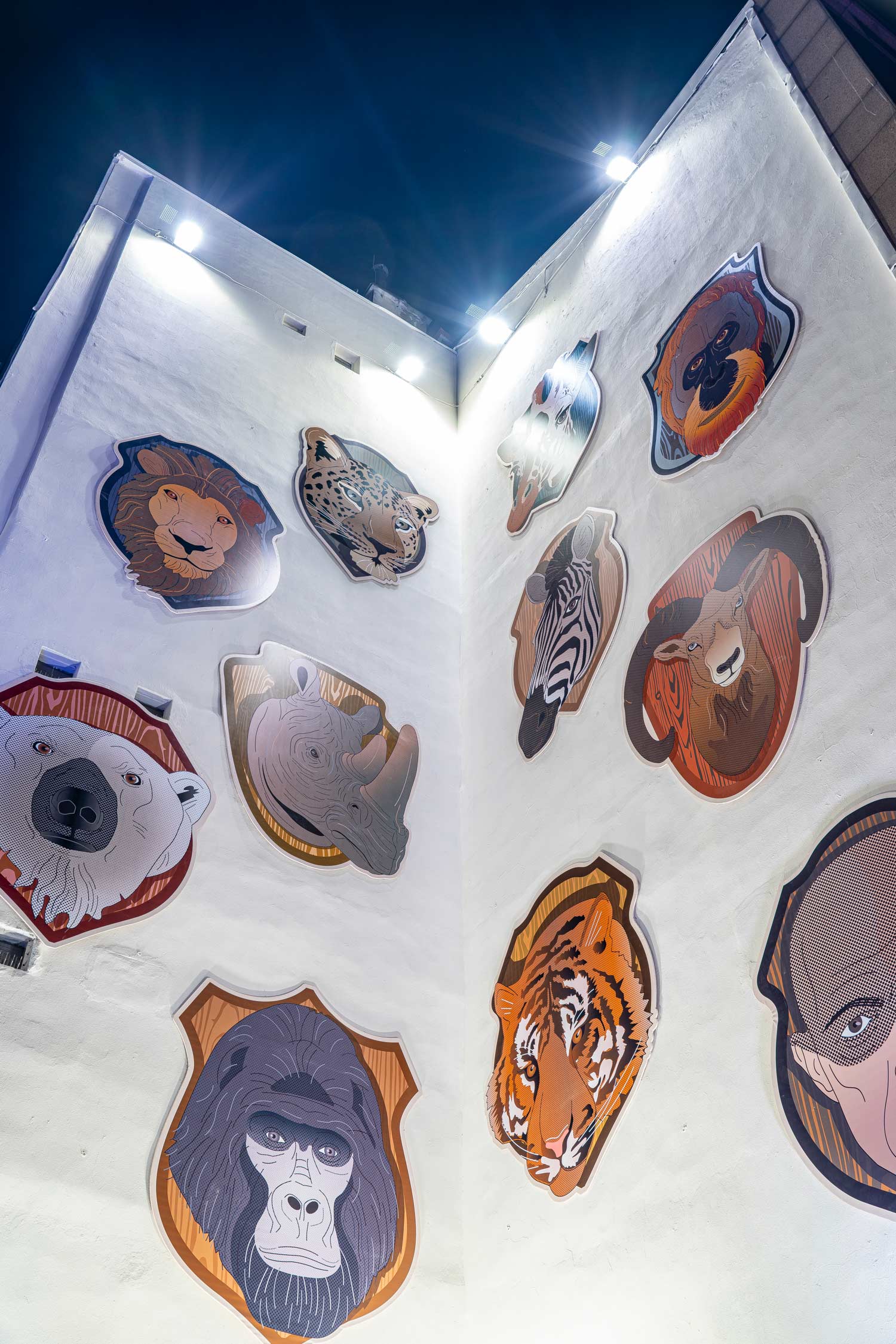 In Ali Cabbar’s installation “I Shot the Last Rhino,” created for Yanköşe, the artist highlights the human destruction of wildlife through the idea of a trophy room in which hunters display the mounted heads of the animals they have killed.

In such a space, the severed heads or the taxidermied bodies of magnificent animals –from deer to bears and elephants to gorillas– are displayed. The hunter, having seated himself proudly on a chair, poses in this room in front of a wall upon which his various deadly weapons were also hang. But here, the artist, inspired by Yanköşe’s inverted walls, has arranged the space like a trophy room and named the artwork after one of the portraits on the wall: that of the Northern White Rhinoceros, extinct because of illegal hunting by poachers seeking their horns.

Today, humans are driving a million species of animals and plants to extinction, and rapidly destroying the ecosystems that they and other species need while also shaking the very foundations of economies, jobs, food chains, and the global quality of life in general. Highlighting the fact that humans are themselves the future victims of their own destruction, Ali Cabbar includes a portrait of his own mounted head on the wall.