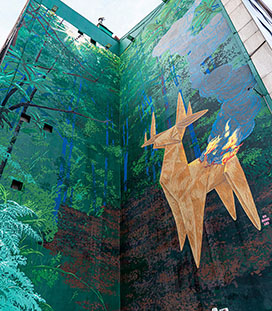 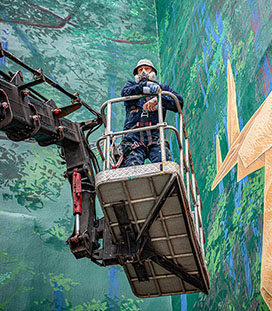 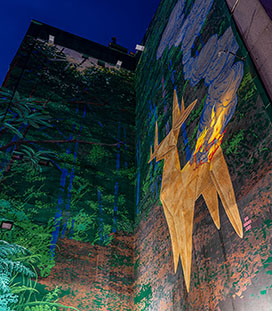 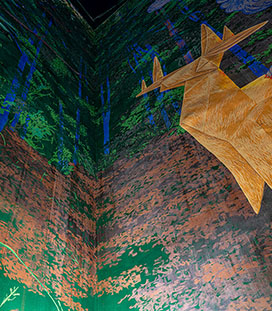 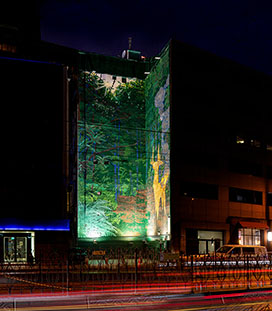 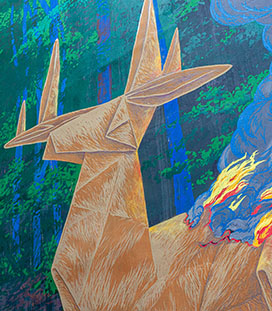 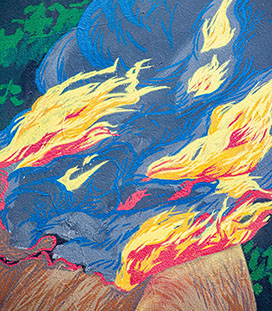 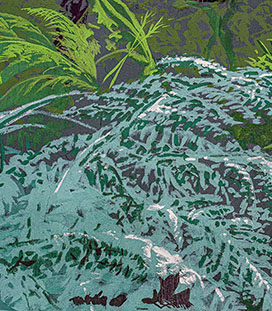 With the mural titled “Origami Deer” he has designed for Yanköşe, No More Lies draws attention to the climate crisis and the increasing number of forest fires.

In the 1970s, widespread air pollution required the imposition of curfews in big cities as a result of the use of coal, and in the 1980s, the so-called ozone hole exposed the entire world to the threat of the sun’s harmful rays, yet for a long time climate problems were not taken seriously. The number of “unnatural” natural disasters increased by the day, highest temperature records have been broken almost annually in the last decade, the number of animal species is decreasing at a devastating rate, and most recently, in the summer of 2021, forest fires across the world have proved very difficult to stop: All this has shown us that we are beyond the point where we can solve this problem merely by turning off the tap while brushing our teeth.

With an illustration featuring a deer standing in the middle of a forest with her tail on fire, No More Lies aims to create awareness regarding the climate crisis and forest fires.