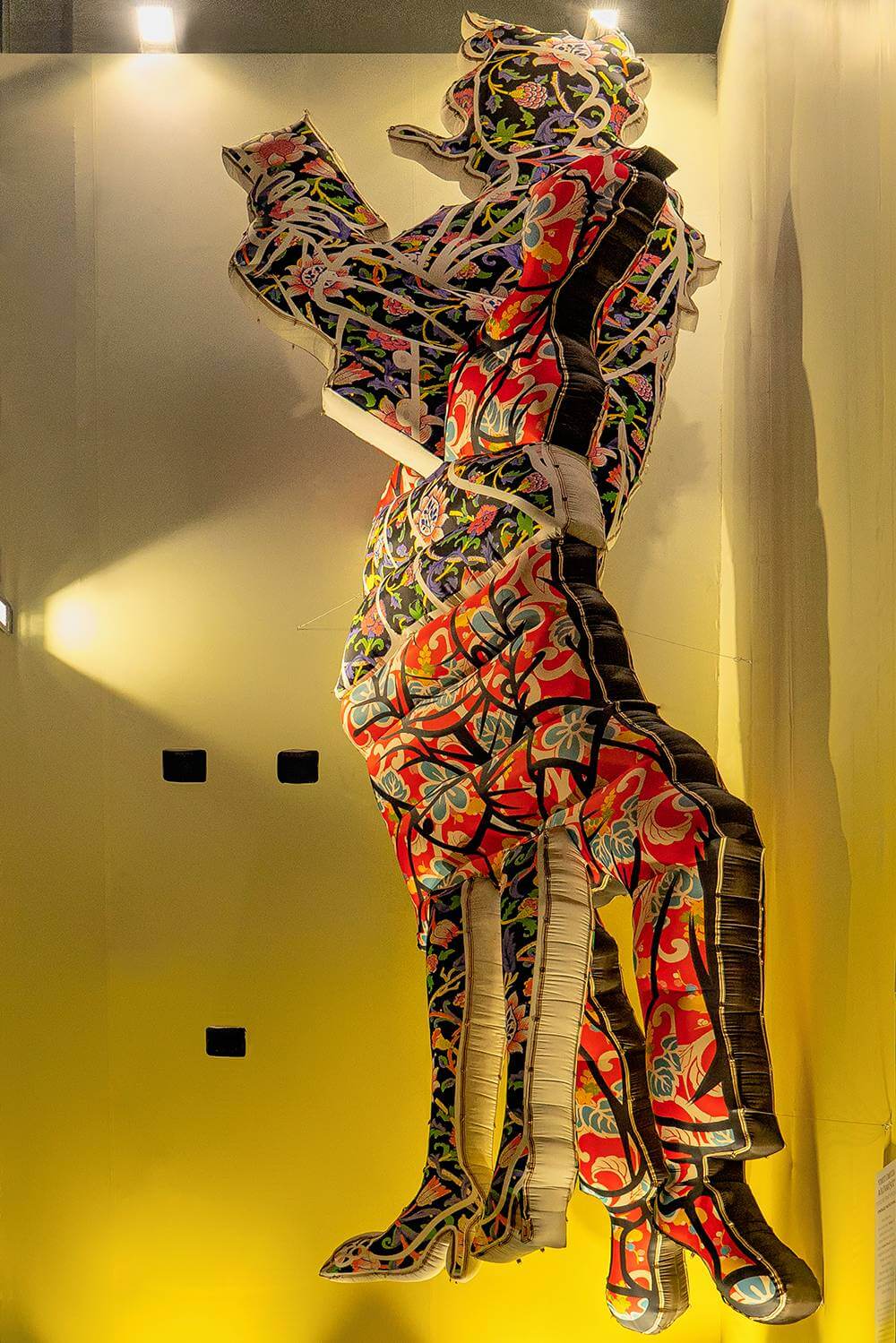 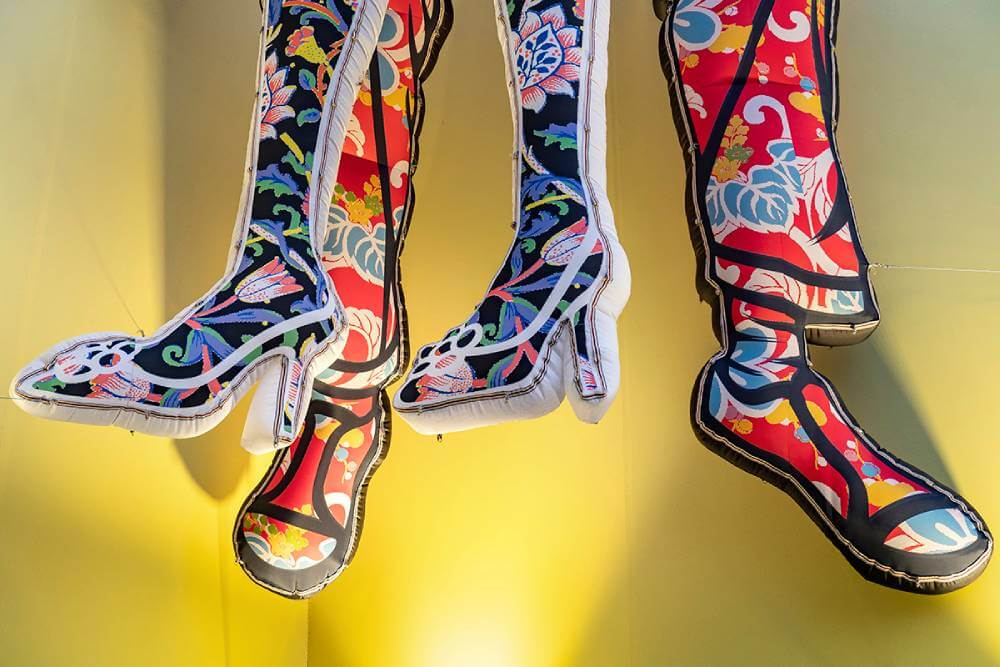 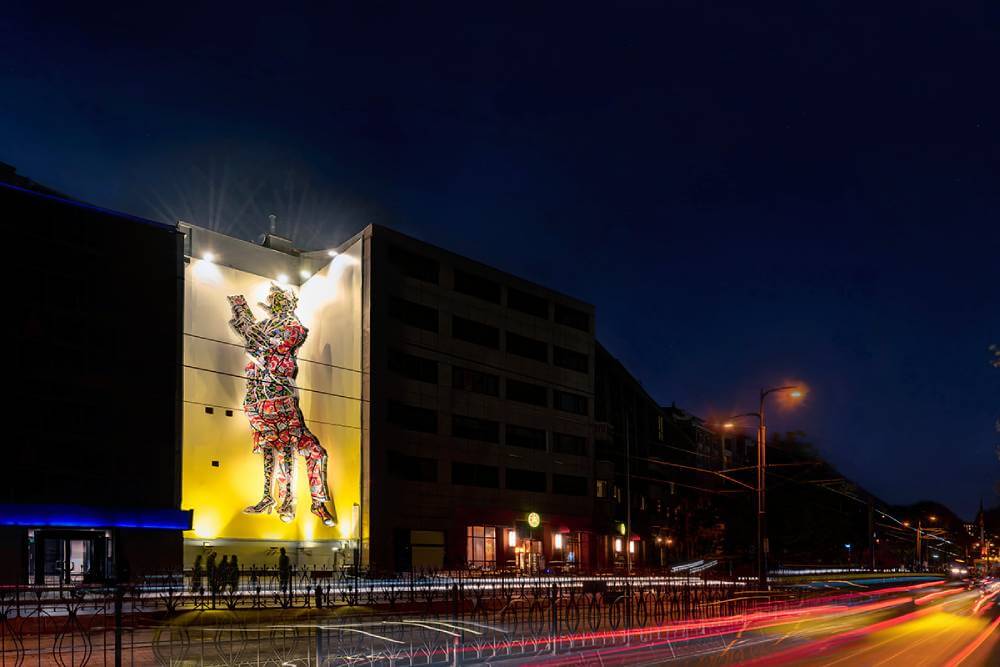 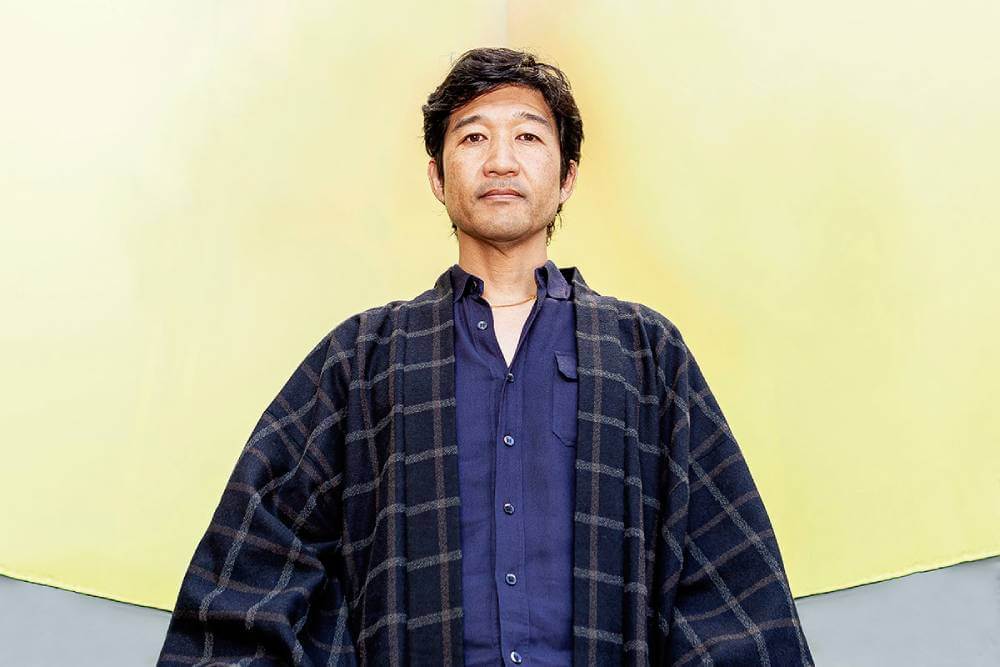 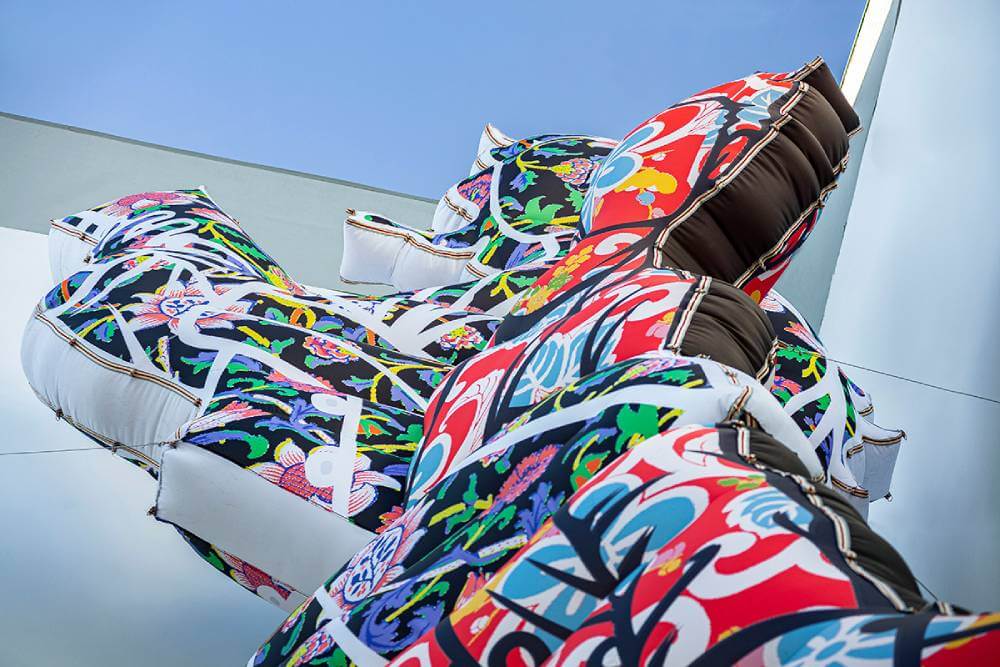 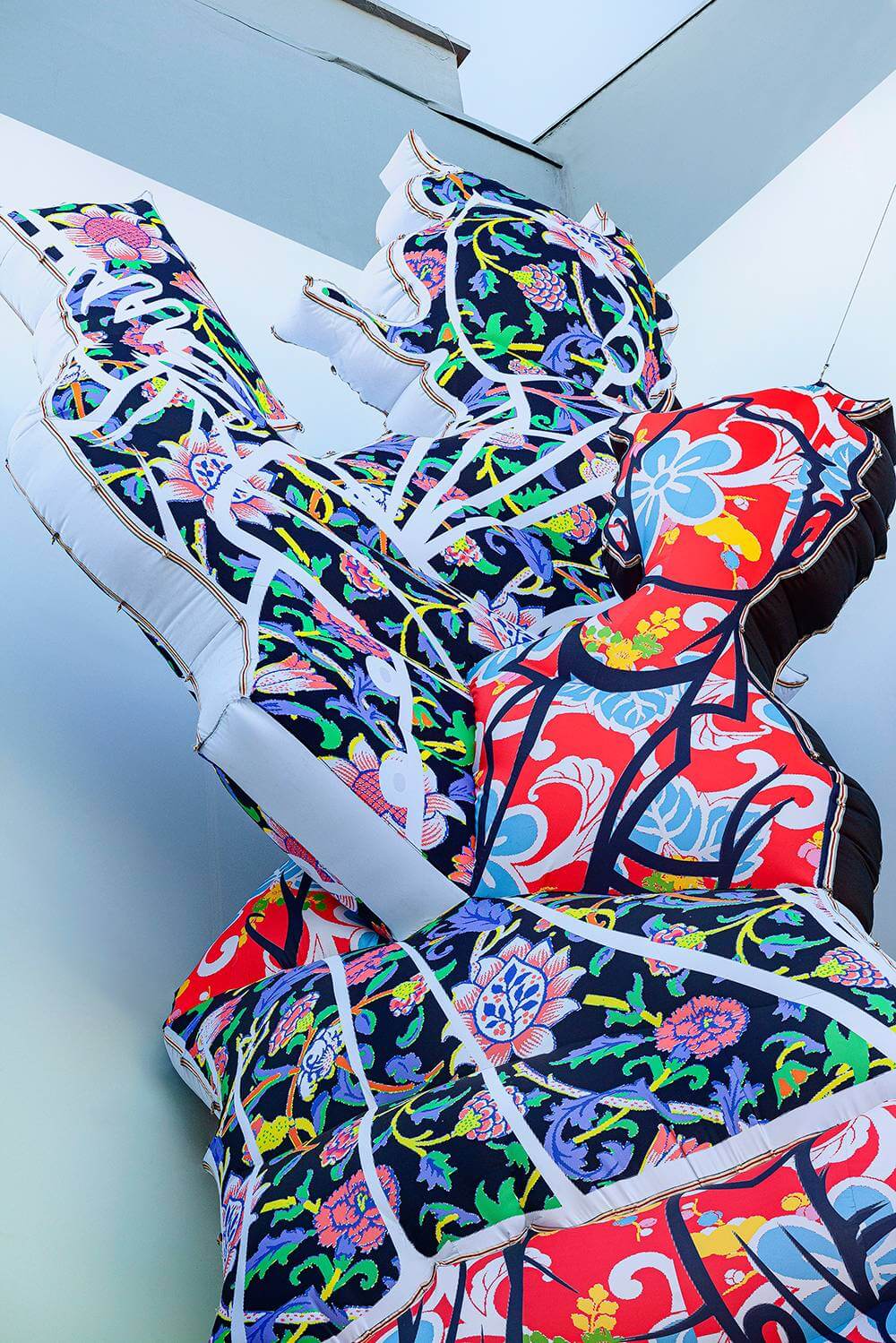 In United We Stand Divided

In United We Stand Divided, Tomokazu Matsuyama created an installation that depicts two intertwined figures, composing of historical decorative patterns that represent borders of East and West. The title of the work that comes from the American slogan of independence “United we stand divided we fall” representing unity and collaboration was torn of two words to underline that two centuries after the slogan was first used, we can only stay together when we appreciate our differences. The installation consists of two intertwined figures that are male and female, colliding within each other, morphing to become an individual figure. One has a black silhouette, the other has a red one making a reference to the opposing identity, male and female. They are decorated with traditional eastern and western patterns, which is very typical of Tomokazu Matsuyama’s artistic practice. The installation makes a reference to the diversity in the time that we are living.