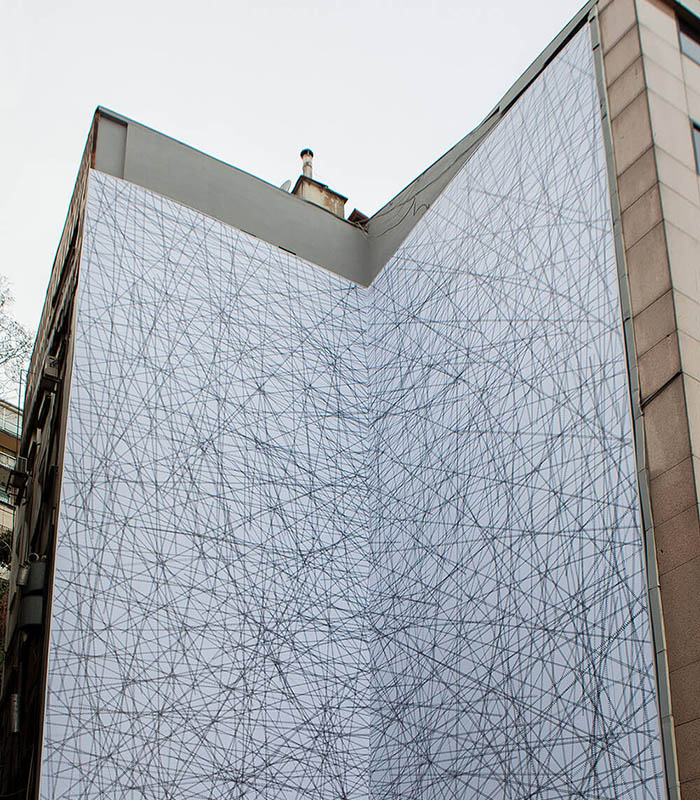 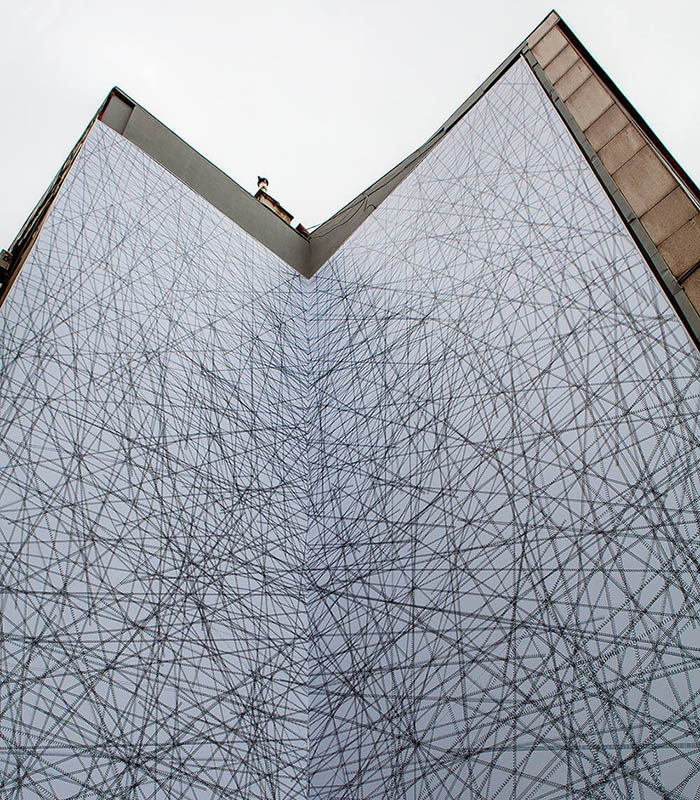 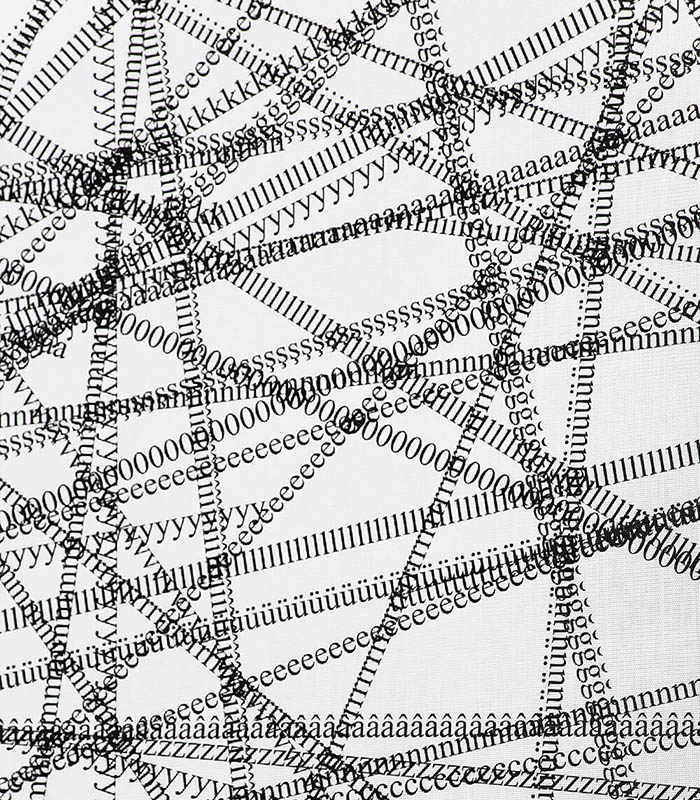 Yanköşe, the not-for-profit art platform realized by Kahve Dünyası, the largest coffee chain of Turkey, in autumn 2017, is happy to host “SEPARATELYTOGETHER - letters, numbers, punctuation and other signs” a work by Özlem Günyol and Mustafa Kunt, from 29 March to 28 September 2018.

Günyol and Kunt live in Frankfurt, and have been working together for 13 years. They prepared this new work, which presents the most recent version of the text of the Constitution of the Republic of Turkey, in a large-format pattern, for the second edition of Yanköşe. All the elements that make up the Constitution desert the sentences and paragraphs they belong to, in order to meet other elements similar to them, and the lines they form transform into straight lines that intersect but extend out along different axes to compose an abstract, chaotic view. In this way, these elements that contain the potential of the text of the constitution, are emancipated in a sense, and open a door for sentences that have not been formed yet.

“SEPARATELYTOGETHER” is a work that focuses on the Constitution, and it does not only directly refer to the social contract, but also encourages thought on the possibility of individuals of a certain land living together, not despite their differences, but with their differences. The work is made meaningful in a further manner through its installation in a public location.

When viewed from angles where both walls that form Yanköşe are visible, the work is perceived as an abstract drawing. The work presents no clue about its content until a certain distance, and only reveals itself when carefully observed.